Friends, readers, internet–I’m falling in love with hostas. Here’s a picture of my new sweet gem, Sum and Substance: 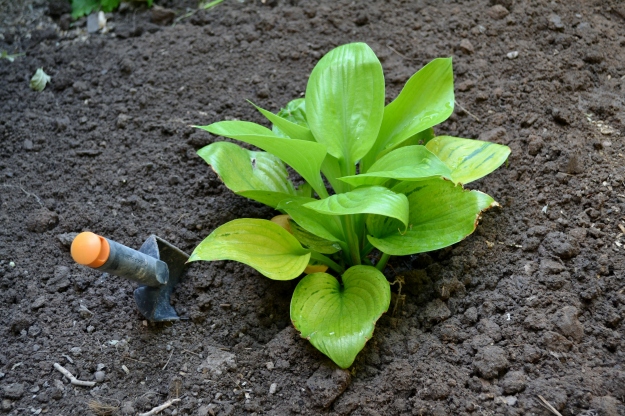 I listen to a lot of podcasts during my extensive driving. On a recent road trip, my mom and I listened to A Way to Garden, which is a podcast that I love. As an aside, I’ve recently learned that I absolutely love listening to people speak quietly and in great detail on a subject about which they are passionate. This could be due to my ten years in higher education, where I listened to a lot of professors conduct their classes in this manner. I’m not exactly sure what it is, but I’ve liked it for a long time, and only recently have been able to put my finger on it.

Back to the point, this gardening podcast is great if you love to hear people talking in hushed, excited tones about gardening. For me, that’s perfection. So, while we were traveling, my mom and I listened to the podcast on hostas (here’s the accompanying blog post). I hadn’t really known much about hostas, but the podcast really piqued my interest. An ex-boyfriend had hostas at his place. They never did much, but he loved them and worried over them, and that’s what really put the plant on my radar.

In late summer, when my traveling had died down a bit, I bought some half-priced, half-dead flowers to fill an unpromising patch of soil I had prepared on the north end of my home. The nursery also had some beautiful hosta plants, and with the podcast still ringing in my ears, I spontaneously purchased their largest hosta, called Sum and Substance. From the podcast, I learned that some hostas have been bred to have fragrant flowers. The attendant at the greenhouse didn’t know anything about that, and I haven’t found much about it online, but some of the varieties had flowers blooming, and I noticed that Sum and Substance had a very light, sweet, fragrance.

Sum and Substance is also one of the largest varieties. The area I had prepared is north facing and has minimal light. A tree that was removed last year is coming back with a vengeance in bush form, and it’s taking away even more light from the area. The soil is also fairly poor and appears to be mostly clay, despite my attempts at amending it. Hostas are known for doing okay in these kinds of conditions, so I figured I’d give it a try. 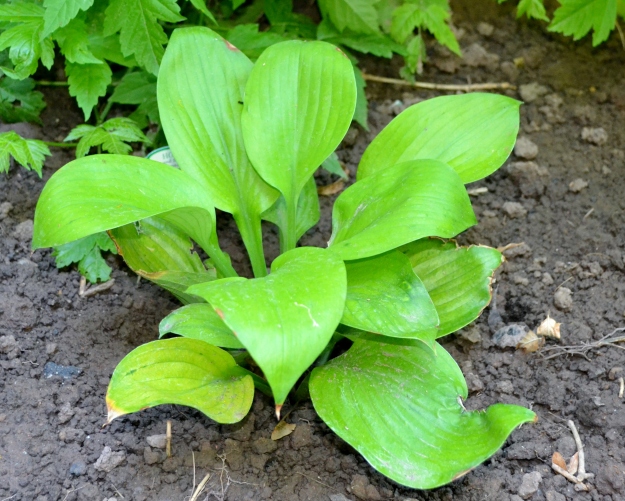 Sum and Substance Hosta after being in the ground for about a month and a half.

The hosta has been in the ground for about a month and a half now. It hasn’t done much, but now that I compare pictures, I can see that the foliage really had grown. I hope this hosta giant really takes over the space. The foliage is still really bright and healthy looking, and I’m hoping that it’s putting most of it’s energy into it’s roots right now. I think I’ll know more next year. The Sum and Substance hosta is supposed to get huge. We’ll see how much growing it does next year…if it survives the winter.

7 thoughts on “sum and substance: my first hosta”