Wouldn’t it be nice to know when it happens? The moment when everything has changed and you are new. I usually understand the moment in hindsight–months later, or often years. The point of no return is sometimes an idea introduced to me by other people. They will say something like, “You’ll never be the same/you can never go back after XYZ.” It happened in high school during my first trip to the east coast. I came back changed, confident, worldly (by my standards anyway). That kind of growth had never happened so rapidly for me before. My mom noticed it immediately. I remember she hugged me and held me at arms length and said, “Woah, you’ve changed!” And I felt that I had changed too.

People started talking about it during undergrad. There’s a point where you have a degree and socially you’re different now. I didn’t notice it until I had almost finished my undergraduate degree. Now, three degrees later, I don’t really notice it anymore. But as the shift was first happening, I started to feel it in my interactions with family and friends, and even in my interactions with cashiers and people who couldn’t possibly know that I was now “educated.” And yet, somehow, there was a distinct shift.

In yoga teacher trainings, my fellow instructors started talking about their “path” and how difficult it is to be with other people, loved ones, and spouses, who are not on a similar path. Later, I started to feel that I too was on a path of deeper growth and self-awareness than ever before. Yoga forced a kind of internal awareness and focus. When you’re in a difficult pose, stretching a tight muscle, there is nothing to do and nowhere go but to look inward. Yoga has put me on a path that has made me more sensitive to the environment, my energy, and my emotions.

A few years later, it happened again. People started saying, “You can never go home.” Sure I can, I thought, still planning my summer vacations back home with my family. Once, an artist painted my portrait and part of the theme was that you can never go home. In the picture, I am looking away from the valley. I didn’t think much of it at the time, but then what used to be a safe haven became just a place to visit. Maybe someday, but for now living there seems increasing impossible on both a practical and psychological level.

And so it goes with matters of the heart. 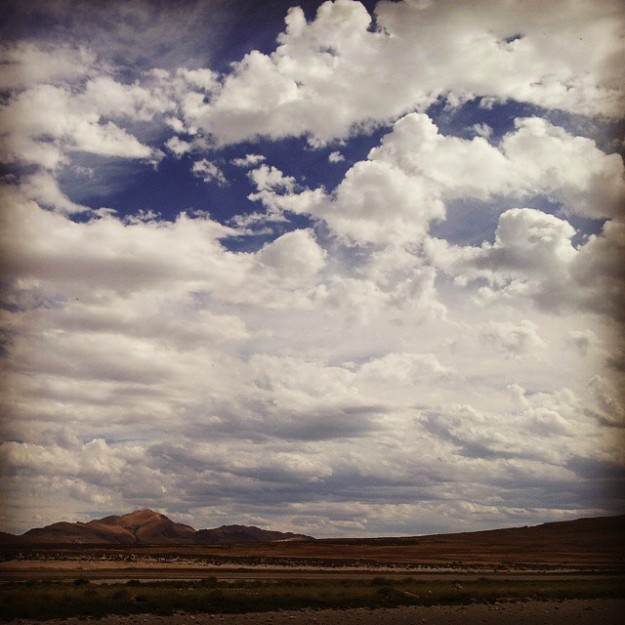 the clouds float by