The Imitation Game, starring Benedict Cumberbatch, depicts a fascinating part of human history when war-time code encryption lead to massive breakthroughs in computing. This was thanks in no small part to the genius of Alan Turing. Understanding this history seems even more important when I think of the pervasive role of computers in my daily life: the bane and the joy. 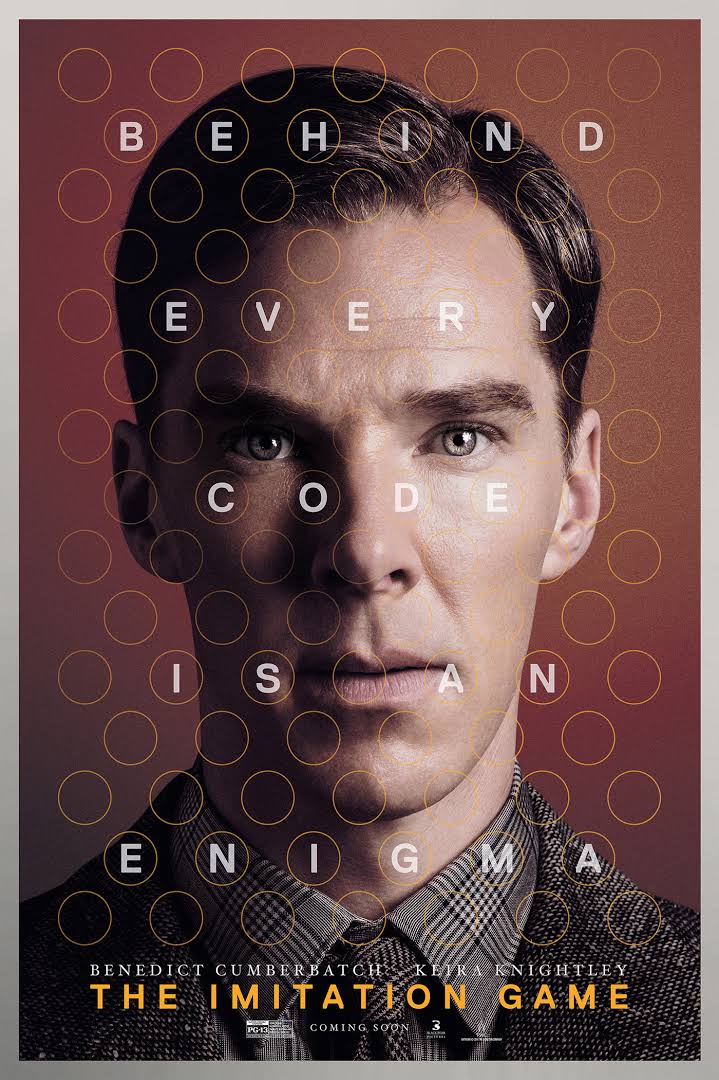 The history alone is deserving of a film. I would’ve loved to see even more details about how the early encryption machines worked and how the cryptologists did the work of encryption. The audience sees that they are working through a process of elimination within the limit of an 18-hour period. I’m sure that this is plenty of detail for an audience, but I was curious to know more. I also wanted to know more about how the “computer” worked–though the audience does get some idea of how the machine worked with algorithms and trial by elimination to crack the code.

In my view, Benedict Cumberbatch absolutely earned an Oscar, portraying a convincing (and interesting!) emotional transformation throughout the film. The film goes a bit awry when it forces some emotional drama and personal upheaval between Turing and Clarke, which seemed particularly forced. It follows the conventional romantic comedy pattern of connection, disagreement, and then reconnection. To be fair, Clarke and Turing’s relationship gets a bit more complicated toward the end of the film.

What’s really interesting is Turing’s emotional attachment to his childhood friend. That inner turmoil is unique and moving and, in my view, would’ve provided enough emotion to carry the film. Like the innovations in computing technology, in the relationship between Turning and Christopher, we see something new, unexpected, and complex.

2 thoughts on “The Imitation Game directed by Morten Tyldum”