I’ve lived in Utah for nearly a decade combined, and it has always felt “unnatural” to me. First, it seems to me to be a very delicate desert landscape that is being ravaged to sustain far too many people. In my opinion, deserts should be sparsely populated, while lusher, coastal regions should house the majority of the population. Not only did living in Utah feel wrong in an ecological sense, I struggled to belong, to fit in, etc. I had a great job there and loved the beautiful mountains, but something always felt off to me, and I was certain, even as the years passed by, that this place would never truly be home to me.

That feeling of not belonging began to change only in the past few years. My future began to unfold with new love, new direction, new possibility. Of course, those feelings also coincided with spending more time in the nearby state of Idaho, but I began to feel more at ease in Utah. I got pregnant. I finally bought a house. I felt that I could finally put down roots.

Little did I know, a little over a year after this “settling,” I would finally have the opportunity to pack up and leave Utah. The time has come–soon, I will be jetting off to Oregon, back to the Northwest that I love so much, closer to family, and to a job that (from this vantage point) feels very much right for me.

When I began reading Refuge: An Unnatural History of Family and Place by Terry Tempest Williams, I was a homeowner in Utah. I had recently left city living for a quiet suburb next to Lake Utah. The house was big and lovely and comfortable, with sweeping views of Mount Timpanogos and Lake Utah. I took daily walks along a paved path that skirted the water of the lake. I saw birds I’d never seen before. Cattle grazed in the nearby fields. I grew my son in my belly, and I felt a deep peace and contentedness that I’d hadn’t felt in years–maybe ever. Finally, I could feel at home. 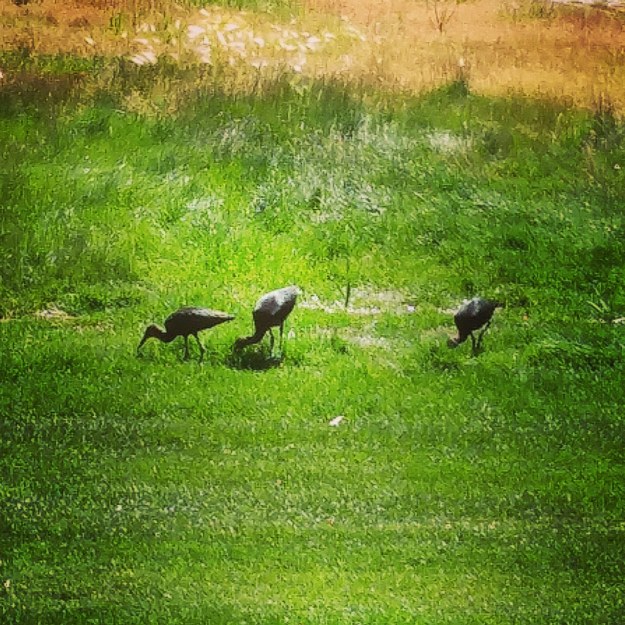 Because I am now a mother, reading is slow. So when I began the book, my baby was not sleeping through the night. I read whenever I had a chance, whenever I could keep my eyes open. The short chapters were perfect for this.

It’s a beautiful book. As the author describes the birds of Utah with care and love, my love for the birds I encountered near the shoreline grew. My appreciation for Utah grew. It’s also about her mother’s life and death from cancer, which conjured emotions and experiences I knew too well. I began to savor the book and read it slowly.

Now the book has come to an end, and so has my time in Utah. The book has, perhaps, made it even more bittersweet to leave. She ends with her essay, “The Clan of the One-Breasted Women,” which I’ve read before. It’s precise, powerful, and effective. The book is a blend of Utah’s beauty and of it’s destruction, and it leaves me leaving Utah with gratitude for the time spent here, but also a certainty that this land is meant for visiting, for passing through, and that I (and maybe about a million other people) am not meant to live so permanently in this land.

1 thought on “Refuge: An Unnatural History of Family and Place by Terry Tempest Williams”